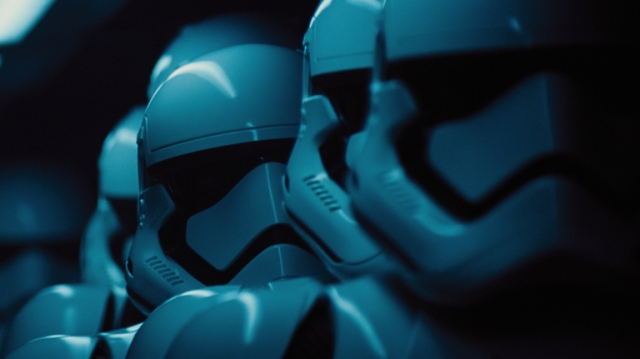 This is probably a post I should have written way back when Disney first bought the Star Wars properties. But, I figure I’d better at least get it out into cyberspace before The Force Awakens is officially released. I’d consider myself a Star Wars fan. I remember watching return of the Jedi before I was old enough to be capable of sitting through a full length movie, or of understanding what was going on in it. I spent a lot of my youth reading Star Wars novels, playing Star Wars Video games and drawing Star Wars ships and vehicles. I was at just the right age when the Prequels were released to think pod racing and Darth Maul were pretty awesome, but have serious reservations about little Ani and various other aspects of the new additions to the franchise.

Well, I have some reservations about where Star Wars is going now as well. The first of which is J.J. Abrams. Though some of the material released about making The Force Awakens has admittedly eased my mind on this score, I still get nervous when I think about the latest Star Trek offerings, or…. Lost. I sometimes have nightmares that in a flurry of lens flares the Star Wars cast might wake up on a strange island…

I’ve also been irked by some of the redesign of costumes and ships we’ve been seeing in trailers and other material. Everybody jumped into the discussion of the trifoil lightsaber when we first caught a glimpse of it. But I was also asking myself if I am ok with new stormtrooper helmets and armor, white blaster rifles, or the color inverted TIE fighters. I know some of the new designs are based on original concept drawings from the OT, and that is kind of cool. But I don’t like it when I feel like something is being changed just to change it. It is like a concept artist somewhere wants to make sure it looks like he/she is working hard.

Let’s just talk about the TIE fighters briefly. Why? They have the same silhouette, with only minor changes to the structure of the pylons and such—changes that average joe won’t even notice. So why change them? And most especially why invert the color scheme? It was widely accepted (though Disney may rewrite it…) that those are solar panels on a TIE-fighter’s “wings”. So somebody better explain to me why the panels are now white. Apparently with current earth technology, it is totally possible to make white solar panels. However, there seems to be only two reasons to do it. First: aesthetics. Second: to reduce heat absorption. Well…. neither of those seem to be good reasons in space, unless the Empire decided that their TIEs weren’t easy enough for enemy fighters to see. Ok, enough of that, my wife pointed out the other day that if I were making The Force Awakens everything would look exactly like it did in the OT.  which is probably true 🙂 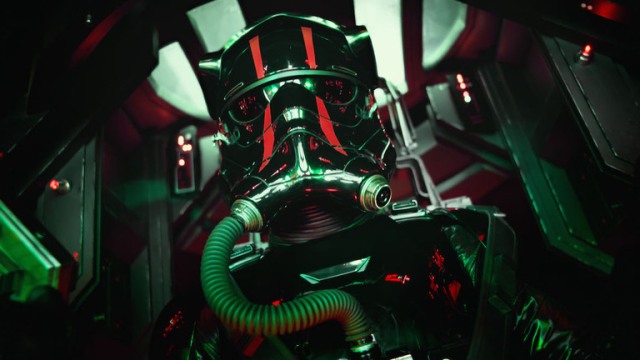 Now on to my most important point. Disney’s Star Wars Canon. This part casts a shadow of gloom over the whole thing for me. For years and years novels, games and comics were being produced by great minds, licensed, approved and released into what was known as the Star Wars Expanded Universe. The Expanded Universe told everything from the earliest Jedi to threats against the Galaxy long after our Original Trilogy heroes were dead. I did not read every book or comic—probably not even a significant fraction of the material available. But I did read a bunch. I especially enjoyed the story from directly after ROTJ to 50ish years following. This was because the novels I read told the story of the continued rebellion and A New Republic with both new and familiar characters living in the galaxy that I loved. Isn’t that what Disney says they are trying to do with the Star Wars franchise, isn’t that what J.J. Abrams or Carrie Fischer say in interviews? Well, then why did Disney throw it all out the window? Disney’s only official Canon for Star Wars before the Force Awakens are the 6 films, and two cartoon series? I’m not saying that a cartoon show can’t tell a good story, but I’m not sure the stories cartoon writers are coming up with on a deadline really compare with the Expanded Universe—a monumental feat of continuity and additional depth. So why would Disney do this to us Star Wars fans? Because they like easy money. They don’t want to be tied down with stories other people wrote. You can see that evidenced in Disney’s Frozen (and most other Disney movies). The only thing Frozen has in common with the Hans Christian Andersen tale of the Snow Queen upon which it is supposedly based, is that they both involve a guy named Hans.

Well, easier definitely isn’t always better. It may be easier to hire people to write new stories that don’t need to fit into the continuity of the Expanded Universe. But, it is unlikely that the picture of a Galaxy created in the space of a film’s production time will be better than the one crafted over decades by dozens, if not hundreds, of writers working together.

To all you who want to tell me that it is ok, “all my favorite Star Wars stories still exist as ‘Legends‘”, I say, would you be ok if Disney acquired rights to all Tolkiens work and then issued a decree that the Silmarillion was just “Legends“—that if it wasn’t in a Peter Jackson movie or one of Disney’s upcoming Bongo the Hobbit adventures it wasn’t part of the official story? Well the unfortunate part is a lot of people would be ok with it, because they haven’t read it and don’t know what they are missing. That is why Disney can get away with the way they are Handling Star Wars.

So, to you Disney minions who now hold the reigns to the greatest scifi franchise in existence. Please at least read some Star Wars novels and consider the events and storytelling therein. The only way the Expanded universe becomes canon now, is if you guys reference it for future creations.

(All images in this post are from StarWars.com ©Lucasfilm 2015. —Included here under fair use as a profitless commentary on the upcoming film)