I mentioned previously that painting the schooner for the iceberg scene was frustrating. In spite of that, it kind of made me want to try it again. The texture of the masonite after toning it is so nice that I gessoed up another as soon as I was done and started drawing a schooner at a larger scale.

The sketch is done and the panel is toned. It probably isn’t responsible of me to paint it right now when I have other more important projects. So here it is as it is. Maybe later I will paint it or maybe it will just stay like this. 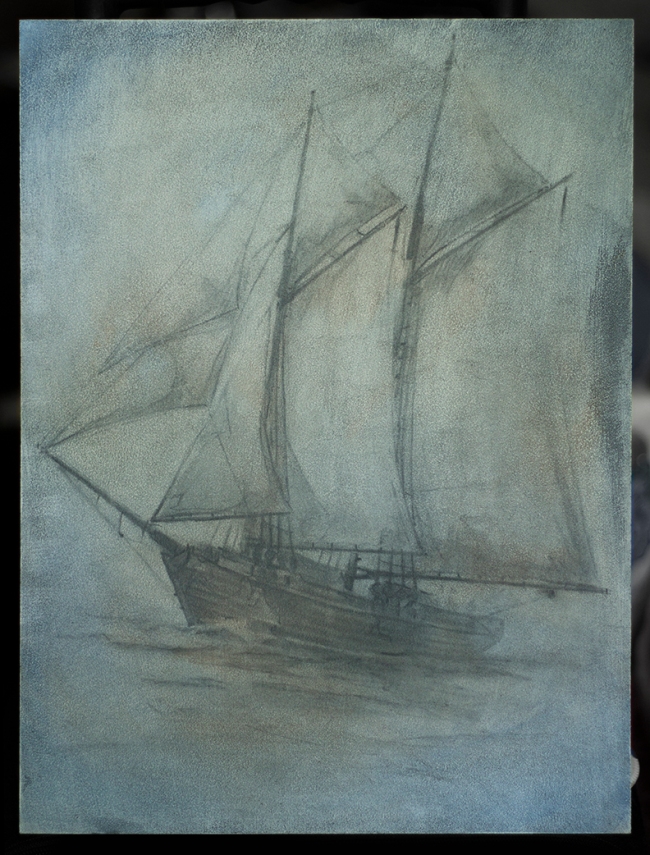 This ship presented it’s own problems too. I used some of the beautiful reference I had collected for the iceberg scene, but none was from the angle I wanted for this drawing. At least that way I am not just copying some photo, though. I also spent at least twice as long toning as I usually do and feel like it came out half as nice as the quick careless ones that I paint right over. I guess that is life though.